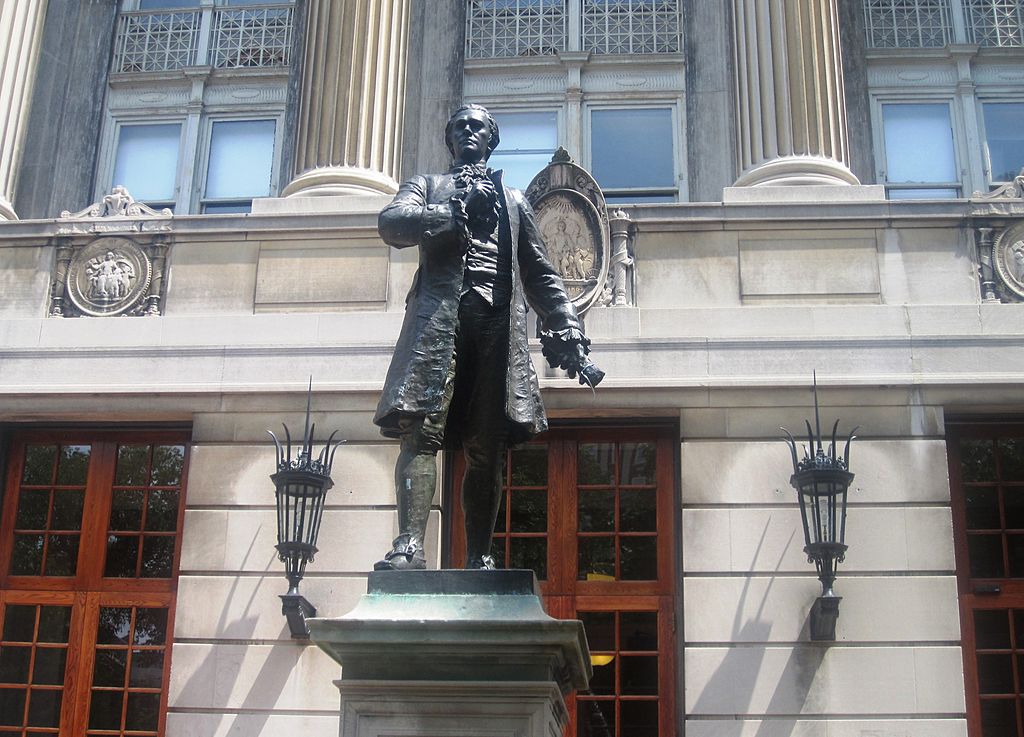 [Students enrolled in a special Tocqueville Forum seminar in spring 2018 at Northern Illinois University considered Alexander Hamilton’s legacy for American government. Lin-Manuel Miranda’s wildly popular Hamilton: An American Musical, based on Ron Chernow’s biography of Hamilton, has reopened the question of Hamilton’s influence on America. Though Hamilton fought as a patriot in the Revolutionary War, wrote the majority of The Federalist papers, and served as the first Secretary of the Treasury, Hamilton is often sidelined in favor of other founders such as Thomas Jefferson and James Madison. His legacy suffered when he died prematurely as a result of an ignominious duel with Aaron Burr and in the context of highly contentious and polarized domestic politics where his political enemies held power in the generation following his death.  The Tocqueville Forum students featured here reconsider Hamilton’s legacy, aided by careful reading of Hamilton’s own writings.]

Between Hamiltonian and Jeffersonian Legacies

The pragmatic Hamilton was our national architect whereas Thomas Jefferson, the idealist and western-driven aristocrat from the well-to-do, tobacco ridden fields of Virginia, was the archetype of our nation’s idealist rhetoric and sentiment. So rarely do two integral characters contrast with each other so vividly while simultaneously complementing each other so well.

Hamilton was a pragmatist and a Hobbesian realist who sought to frame our country’s enterprises against the avaricious, greedy, and flawed design of man. Aside from Hamilton’s vision for our government and his hand in forming what came to be instituted after the Constitutional Convention, Hamilton and his realist outlook were integral to securing the longevity and prosperity of our nation. Although at times misguided by monarchist sentiment and slandered for his attachment to the British model, his strong hand and Federalist outlook were much needed during the tumultuous time following the Articles of Confederation. A standing navy and army beholden to a chief magistrate and one central military apparatus as defined in Federalist 5 and 6 provided lasting security. He advocated for a policy inspired by Machiavellian virtue where the United States would capitalize economically on the petty monarchic struggles in Europe, instead of abiding by some misguided perception of honor to protect blood-stained fleur de lis at the expense of the American nation. And finally, Hamilton’s argument for private and public incorporation to imbue Congress and the government in general with the ability to collect taxes and raise economic endeavors led to public well-being and the improvement of America’s credit.

Then, there is Thomas Jefferson: our nation’s premier ideologue and sentimental idealist. As Hamilton was busy advocating for a strong union in his Federalist papers (based on his misgivings about human nature, in part), Jefferson was preaching what might be labeled “good vibes.”  Yet what Jefferson lacked in substantial economic comprehension and realistic policy-building (as Hamilton might declare), he compensated for in idealism. Jefferson’s idealism, in spite of its excesses (for instance, his affect for bloody revolution), provided a necessary counterweight to Hamiltonian cynicism. He imbued the nation with its “esprit” or its soul. He championed small government, civic education, and the Bill of Rights.

Autonomy, understood as American independence and power, is at the forefront of Hamilton’s mind as he writes his essays as Pacificus (Pacificus-Helvidius Debate), particularly the second and third essays. He argues that America’s treaty with France does not require the former to join in the European quarrels to aid France. Hamilton argues that the treaty with France was expressly defensive, and that because France’s wars were offensive in nature, they did not require intervention by the United States. The wars are offensive, firstly, because of aggressive acts by the French against European neighbors and, secondly, because of calls to, and purported support for, revolutions in other countries. Hamilton believes that these facts render France the offensive power and allow the United States to remain neutral in the conflict without violating the Treaty of Alliance between the two countries (signed 1778).

Implied in Hamilton’s concern with autonomy is a concern with self-preservation, which he outlines in the third essay and describes as the “first duty of a Nation.” He argues for something like a circumstantial interpretation of the Treaty. He writes: “There would be no proportion between the mischiefs and perils, to which the UStates would expose themselves by embarking in the War, and the benefit which the nature of their stipulation aims at securing to France, or that, which it would be in their power actually to render her, by becoming a party.” He argues that treaty obligations are subject to the condition of reasonable risk, which therefore renders the above state disproportion sufficient to declare neutrality. Hamilton notes the hopelessness of successfully defending against attacks from Native American-assisted European powers, and holds that aiding France would clearly jeopardize self-preservation.

Hamilton offers a rebuttal to those who argued that the United States owed assistance—or at least a reservation of expressed neutrality—to France out of gratitude for her assistance during the American Revolution. He does this through an interesting analysis of the meaning of gratitude, which he posits as a state of obligation one feels towards another who has offered non-reciprocal assistance of some kind. Hamilton holds that although this is possible between individuals, it is not possible between nations because the responsibility—the number of people under protection—of a state is significantly greater (even more so if one takes into account future generations) than a single, short-lived individual. This requires that a nation always act to some degree in its own self-interest. “But among nations [altruistic acts] perhaps never occur. It may be affirmed as a general principle, that the predominant motive of go<od> offices from one nation to another is the interest or advantage of the Nation, which performs them,” writes Hamilton (Pacificus 4). Thus, it can safely be assumed that France was, at least in part, acting in its own interest by supporting the Americans, and that no gratitude is owed to them with respect to the wars in Europe.

Why did Hamilton’s legacy suffer?

The legacy that Hamilton left behind was his belief in a powerful government and capitalist economy. Hamilton saw humans as naturally greedy seekers of power. This understanding of human nature laid the ground work for his ideas of the government. Hamilton wanted the government to have a “permanent will” for the sake of order. He did not trust the “momentary popular will” of the people and for this reason he advocated for a powerful government. He saw the citizens as reckless and their ideas are consistently shifting, leading to uncertainty for the country. These are some of the reasons Hamilton advocated for lifetime term limits for political offices, including the presidency. He feared that the president would act so as to be re-elected not in the best interests of the country. His opponents would argue that what he truly wanted was an oppressive government. Hamilton wanted the government to be kept in check and supported the separation of powers and a system of checks and balances. He wanted a government that had strong leadership with limited corruption. Hamilton’s political legacy is a call for politicians to make decisions for the country instead of personal gain. In addition, Hamilton’s belief in a diversified economy and financial institutions that are geared growth and capital-expansion made him the founder of the American economic system.

With everything Hamilton accomplished, the question arises as to why he is not spoken of with the same regard as other American Founders. Hamilton’s early death is a contributing factor for why he is often left out of the spotlight. Other Founders were able to further their careers. Adams, Jefferson, and Madison would go on to be presidents of the United States and live long lives. They also had the opportunity to critique and undermine Hamilton’s contributions, since he was no longer around to defend himself. But Hamilton’s principles themselves have something to do with why he is not held in the same regard as his peers. Unlike Jefferson who saw the best of man, Hamilton saw the worst. He saw it necessary for the government to have influence over its citizens to control man’s evil. Jefferson’s more democratic beliefs, his focus on individual rights, have had more appeal.  Yet: “If you seek Hamilton’s monument, look around. You are living in it. We honor Jefferson, but live in Hamilton’s country, a mighty industrial nation with a strong central government” (George Will, 1992).

Sign up for the Compass email newsletter and get the best articles delivered to your inbox weekly.
compass, founding, Hamilton, Jefferson 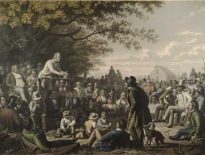 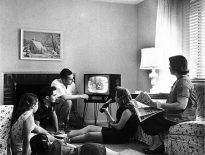 Compass A Practical Solution to the Death of the American …
0