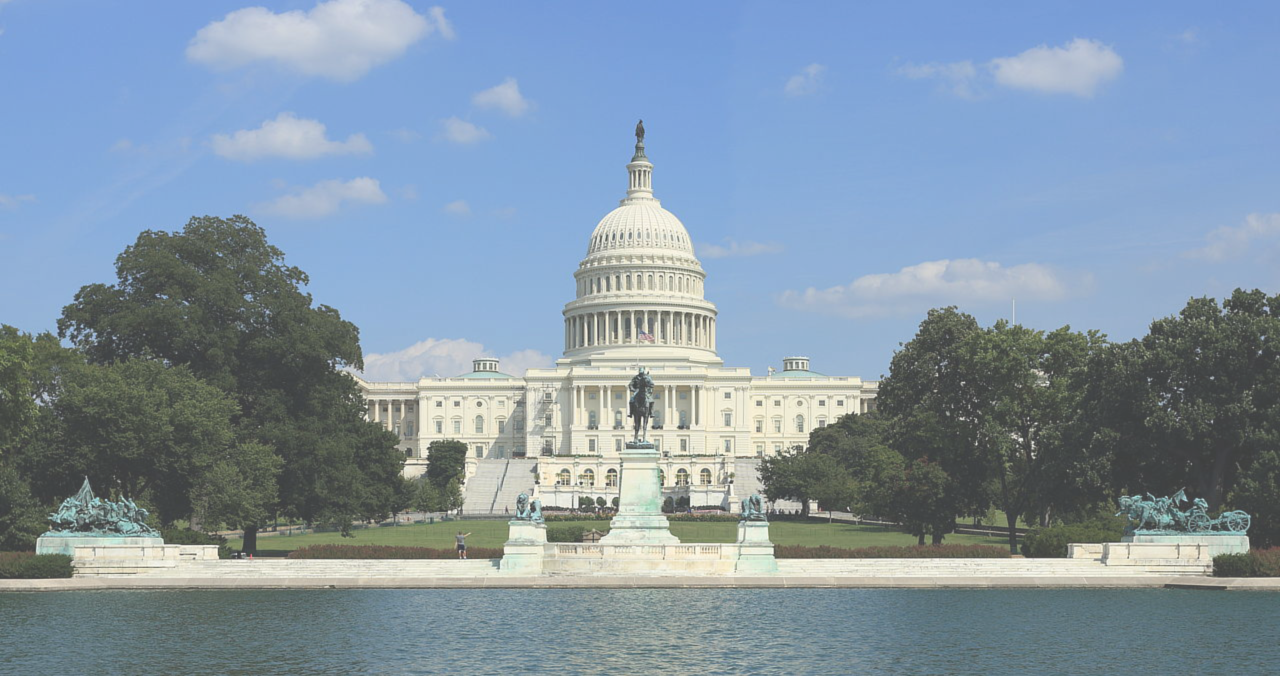 “High Crimes and Misdemeanors”: A Constitutional Critique of the Commander-in-Chief

The Impeachment Clause of the U.S. Constitution has been subject to competing interpretations. Whether impeachment is understood as a legal or a political process will have a great impact on future impeachment proceedings in the United States.

Impeachment is, by definition, a formal statement of charges against a high official of government. In the United States, impeachment at the federal level is reserved for those who have seriously abused their office. Article II, Section 4 of the U.S. Constitution states: “The President, Vice President and all other civil officers of the United States, shall be removed from Office on Impeachment for, and Conviction of Treason, Bribery, or other high Crimes and Misdemeanors.” Initially, this text appears fairly cut-and-dried; in time, however, the Impeachment Clause has provoked more questions than it has answered. Only two sitting presidents in American history have been impeached—Andrew Johnson in 1868 and Bill Clinton in 1998—though neither was convicted. In the latter case, Congress, and truly all of America, was forced to conceptualize the principles of impeachment with greater precision. The most difficult part of interpreting the clause lies in the phrase “high crimes and misdemeanors.” As professors Stephen Presser and Laurence Tribe illustrate, pinning down such a broad notion into precise terms is not so simple. Nonetheless, the task of doing so is of the utmost importance and should be approached with all seriousness because, as Tribe says, we do not know “whose ox might be gored in the long run by an error in either direction” (Curtis et al. 2011: 50).

During the Clinton impeachment proceedings, law professors Presser and Tribe were asked to testify before the House Judiciary Committee on whether President Clinton had committed impeachable offenses as outlined by the Constitution. Essentially, their job became to find the meaning of the phrase “high crimes and misdemeanors.” They took two very different approaches and arrived at contradictory conclusions.

Presser examines the meaning of “high crimes and misdemeanors” through the lens of legal history, viewing it as an issue that can properly be solved by studying the history surrounding the Constitution. He focuses on the spirit of the law, drawing conclusions from the general character of the Constitution as a whole. Presser cites the Constitution itself, The Federalist Papers, and the English Common Law to support his argument. The premise on which Presser builds the rest of his case is the understanding that impeachment has always been intended to protect the people from federal officials who do not embody the character traits appropriate to office, namely trust, honor, and virtue. He arrives at this understanding by reading Federalist No. 64, in which John Jay writes about the necessary characteristics of a federal official, and which serves as an authoritative source for the belief that impeachment is an appropriate remedy for the defective character of officials. Presser says that the tool of impeachment must only be exercised in cases in which a “grave offense” is “contrary to his oath” (Curtis  et al. 2011: 43). To understand the severity of impeachment and the mindfulness with which it must be used, Presser examines the original intent, specifically, the reason for the distinct word choice within the text. He explains the evolution of the phrase “high crimes and misdemeanors,” noting that each previous choice of wording suggests that impeachment was, at its core, an issue of the betrayal of public trust.

To support his interpretation of both the Federalist and the text of the Constitution, Presser refers to Raoul Berger’s summary of English impeachment proceedings prior to the framing of the Constitution. Presser believes that these precedents could clarify our understanding of how the framers approached the idea of impeachment. He concludes that if an official is indeed found to have committed impeachable offenses, Congress has no option but to impeach him. In fact, the Constitution requires that the official be impeached. In the context of the Clinton proceedings then, if the allegations against President Clinton prove to be true, Presser says he must be impeached because those allegations point to a lack of the necessary traits of trust, virtue, and honor that were so crucial in an executive, according to early Americans.

Professor Tribe, on the other hand, approaches the interpretation of the phrase “high crimes and misdemeanors” in a different manner. Tribe looks at the text from the perspective of a Constitutional Law professor. He is more concerned with the letter of the law, examining the actual text of the Constitution and relying much more heavily on common sense and logic as he leads listeners through their quest to understand the meaning of the phrase. Tribe begins by saying that while he believes President Clinton’s actions are dishonorable and certainly worthy of reproach, he is very hesitant to encourage impeachment as a form of punishment. He understands impeachment to be a tool to remove a president or other official whose misuse of power “endangers the republic.”

Tribe considers impeachment as a provision of the “structural sort.” He says that these structural provisions are the most “open” and “highly fluid,” making it difficult to pin down a true definition (Curtis et al. 2011: 43). Therefore, he suggests that we look at the surrounding text in order to understand that the phrase “other high crimes and misdemeanors” must be similar to treason and bribery because of the word “other.” According to Tribe, “other” serves as a bridge between the two phrases, taking from the words “treason” and “bribery” the idea of a major offense against the republic or an abuse of office and connecting it to the following part, “high crimes and misdemeanors.”

Tribe also uses arguments from history, just as Presser does, by examining the evolution of the Impeachment Clause prior to the ratification of the Constitution. While he and Presser study the same progression in the formation of the text, they believe in different reasons for this transformation. Tribe addresses six different phrases that were considered before arriving at “Treason, Bribery, or other high Crimes and Misdemeanors.” He lingers on the word “maladministration” that George Mason proposed, and says that it was eventually abandoned on account of it vagueness (Curtis et al. 2011: 54). Because the Framers sought a narrower formulation, Tribe is determined to get Congress to thoroughly consider the meaning of the specific words, rather than the general spirit of the words as Presser does. He cites William Blackstone as noting the implications of the word “high” in the context of treason. “High,” as determined by Blackstone, does not simply mean a more significant offense. It is not meant to suggest the notion of degree but to distinguish a special category of victim. A “high crime” is a crime against the state and differs from a “petit treason,” which involves the betrayal of a private person. Following this logic, Tribe says that impeachment must threaten the system of government or constitute an abuse of power against the republic. He applies these principles to the issue at hand, urging Congress to let the matter of impeaching President Clinton rest. He suggests that perhaps impeachment is not the road to travel in punishing the President for his actions because, by his understanding, President Clinton did not commit “Treason, Bribery, or other high Crimes and Misdemeanors.”

In the development of Professor Tribe’s argument, he also addresses the issue of partisan politics affecting how the Constitution is interpreted. In fact, Tribe opens his argument by pleading that the committee look at the long-term effects of their decision in the Clinton impeachment case instead of any short-term rewards they may gain from either protecting the President or unjustly impeaching him (Curtis et al. 2011: 50). He then warns against opportunistically interpreting a vague or unclear Constitutional provision (52). This serious, careful tone is maintained throughout Tribe’s argument, but he elaborates the potential effects of disregarding these warnings when he says, “To raise or to lower the impeachment bar as time goes on is to move closer to an imperial presidency or to a parliamentary system” (52). Tribe paints the picture of a delicate balance between the responsibilities of the president and of the legislature, a harmony that could easily be tipped one way or the other depending on the legal implications of a political decision. Here, Tribe suggests that law and politics are inevitably intertwined, and emphasizes the danger of partisan politics in legal cases that were meant to be judged impartially.

This is the conundrum that we arrive at after studying the arguments of Presser and Tribe. What is the relationship between politics and law? Is law an arbitrary tool to protect those in power, or are there safeguards in place to insulate the law from the political process? Are the principles of impeachment and the definition of “high crimes and misdemeanors” simply the outcome of a political process where law has very little baring? In reality, I believe there is some truth to all of it. The framers worked diligently and thoughtfully to create a “government of laws and not of men” (Curtis et al. 2011: 43). They created a system that empowers “We the People” and puts certain restraints on government officials and their offices to protect the republic. The Impeachment Clause as well as the Bill of Attainder Law mentioned by Professor Presser are two such examples of Constitutional safeguards that exist for this very reason (43). Communal reverence for the law stems from the common knowledge of such safeguards and the belief that the law is untouchable, unable to be changed from hand to hand.

However, through the exploration of these two interpretations of the phrase “high crimes and misdemeanors,” this straightforward view of the law becomes blurred, almost blemished, by acknowledging the role of politics in a legal matter like impeachment. If members of Congress wanted badly enough to impeach a president, a simple morphing or twisting of the manner in which the Impeachment Clause is interpreted could justify it. That is the point that Professor Tribe tries to make. And it is the point at which we begin to lose faith in the rule of law altogether because of its entanglement in politics and its subjective interpretation by those in power.

But it is also reassuring to realize that although the structure of the law is fixed, it takes on the character of a living, breathing document in the way that the process is fleshed out from day to day, growing, changing, and developing as Oliver Wendell Holmes suggested. Not all transformations are positive, nor are they all negative. In a practical sense, I believe the impeachment of President Clinton in 1998 shows that another Constitutional Convention is necessary to clarify the phrase “high crimes and misdemeanors” and to protect against partisan politics that were never intended to be such a powerful part of impeachment proceedings. This is not a likely scenario, but it certainly seems like a practical solution. However, what must truly be preserved is not the exact language of the text or the way in which the Constitution is interpreted from case to case but, rather, the heart and soul of the document that protects its potential to be interpreted in any number of ways, thus putting no limits on the human mind and no restraints on man’s ability to determine his own fate. That is, after all, the inspiration behind the Constitution and the beauty of the American experiment.

Emma Pugh is a senior at Samford University in Birmingham, AL. She is studying English and Political Science and is interested in how the two disciplines intersect. She completed this paper prior to the 2019 impeachment inquiry.

Sign up for the Compass email newsletter and get the best articles delivered to your inbox weekly.
: impeach, High Crimes and Misdemeanors, impeachment inquiry, Law, politics, U.S. Constitution 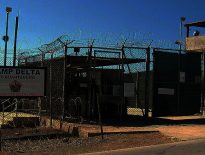 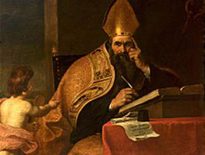